Austin Home Prices Are On The Rise 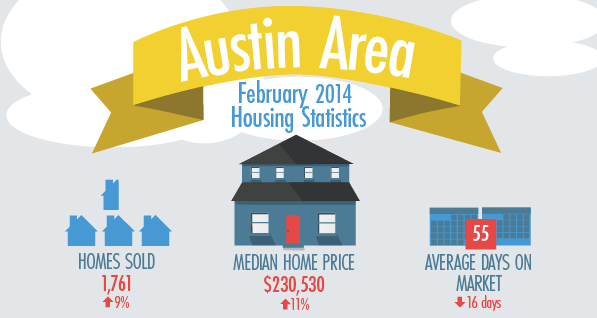 According to a press release by the Austin Board of Realtors Austin home prices are on the rise. It seems that low supply and high demand are at work in our area, creating a 11% increase in sale prices this February as compared to the same month last year.

The press release goes on to say that the area is a hot market with sales up 9% from last year and 8% fewer listings than the same time last year!   This February the average number of days on the market for a single family home was 55, compared to 71 days for February 2013.

New home starts also hit a six year high in 2013 and more are expected this year. This is important with Austin’s housing inventory decreasing and the rising demand.

Here are some other statistics comparing February 2013 to 2014:


Comments Off on Austin Home Prices Are On The Rise